Skip to content
Home » Physics » Density Is Not Gravity
Published February 03, 2019 by admin

Density Is Not Gravity

If you talk to enough flat-earthers you will discover that two theories dominate the gravity discussion. The first theory is Universal Acceleration which has already been discussed by WTC. The second theory is less developed but claims that gravity does not exist and that objects rise and fall because of density. This density theory is what this post is about.

The first problem with density theory is that is does not actually explain WHY or HOW the density theory works. It only seeks to explain that density exists and therefore removes the need for gravity. The flat earth density theory has yet to explain why density has the ability to move an object. The question must be answered, what is the force that causes more dense objects to stratify lower than less dense object?

Some have ventured to explain the stratification as a result of magnetic force. However, anyone who's ever used a magnet knows that magnetism is not a uniform force. The direction and power of magnetism differs depending on the object being magnified. An example of this phenomenon is shown below. The following image is a 2D image of how metal filings line up around a spherical magnet...like the earth. 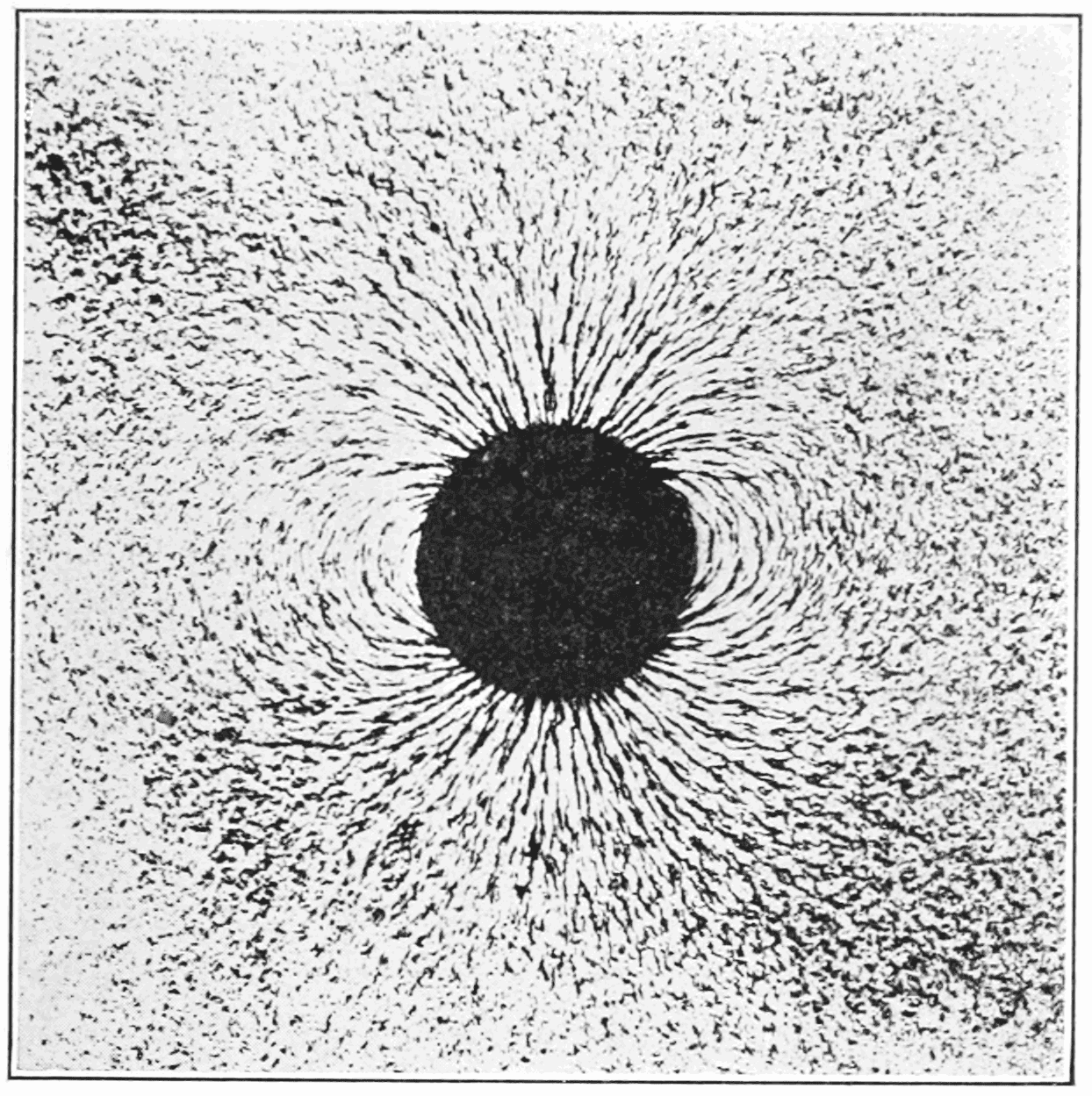 The forces are anything but uniform. But how much better would it be on a flat earth? Of course not. Magnetism on a flat magnet is nearly identical because magnetism behaves the same no matter the shape.

Some objects on a flat earth would simply not have any downward force because they would be in a sideways force situation. But what about all the density experiments on youtube?

There are flaws in the density experiments. On the more popular videos this density principle is shown by placing various objects in water or showing that a bowling ball falls faster than a feather. But what about objects falling in a vacuum? If there is no density in the space provided, why do objects still fall to the ground at all? Moreover, why does the force act on items that are non-metallic and metallic objects at the same rate?

The other issue with the density theory is that it claims that mass does not exist, or that it's irrelevant to why an object rises or falls. This is easily disproved by placing two items of the same density but of differing mass on a scale. One object will go up and the other will go down. But if their density is the same, why don't they both stay at the same height? (Illustration below)

The last issue on this matter is problem of acceleration while in free-fall. Any object that is dropped from a height still not just fall to the earth but will do so in a way that it gains speed while falling. It will fall faster and faster until drag causes the object to stabilize at a particular speed, which is called terminal velocity. In a world where density was what caused things to rise or fall then we would expect items to slow down as they are falling. This is because the density of the atmosphere would be getting richer the closer one gets to the ground. The fact that falling object accelerate towards the earth means that they are being pulled to the earth by a force. That force is called gravity.

The reason why density experiments work at all is because of gravity. As an object increases in mass, gravity will have a stronger force on it. It can overcome the other forces counteractive gravity. Without a force pulling the object downwards, there is no reason for an object to rise or fall. That force is gravity and it happens that gravity acts stronger on items with mass. It just happens to be true that items with a higher mass often has a high density as well, which is why flat-earthers think density is some explanation. However, in a vacuum all objects fall at the same rate, no matter what the density of the object is.

The guy in charge